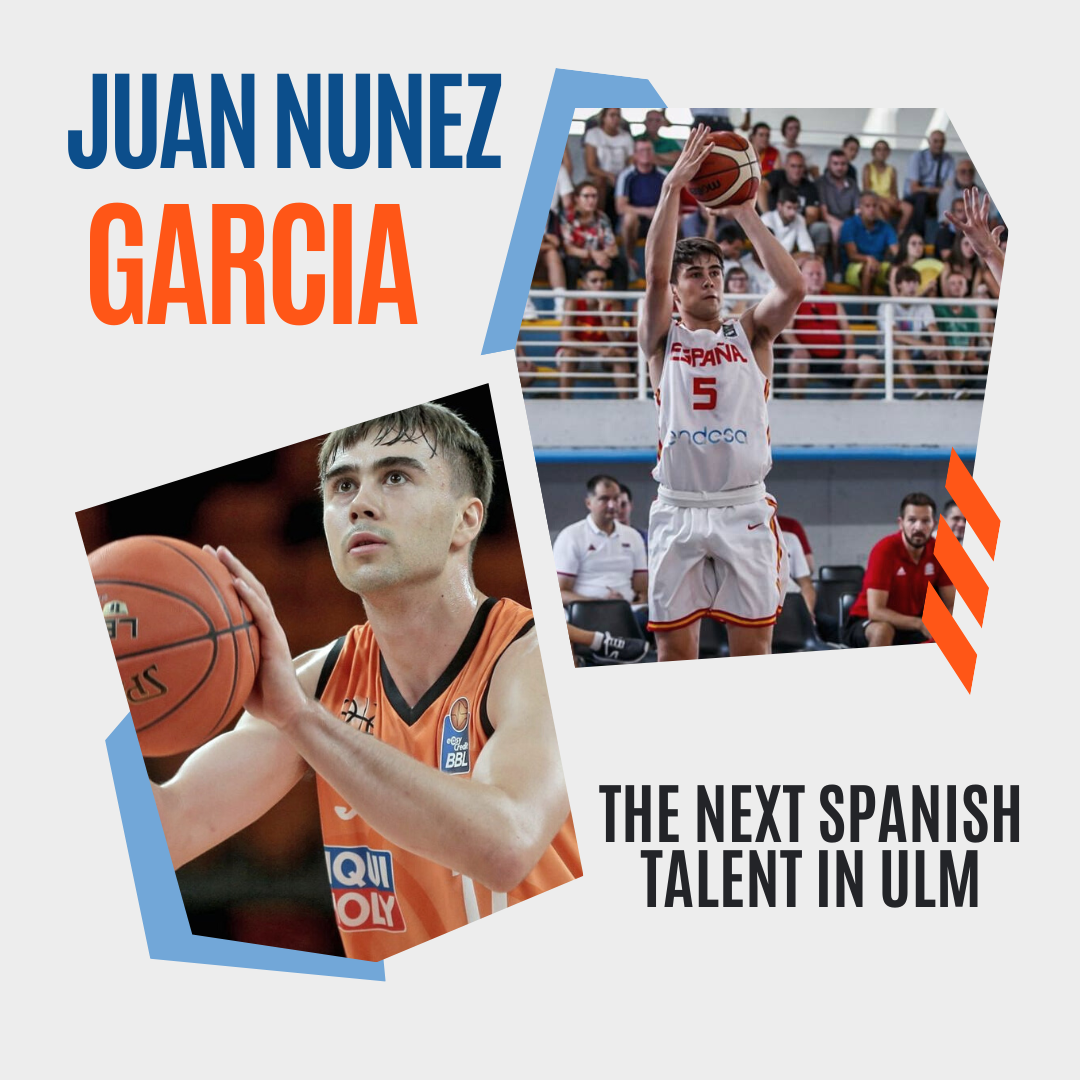 Just this past summer with a drastic decision Juan Nunez took the plunge to leave Real Madrid to move to Ratiopharm Ulm (German BBL powerhouse).

The past season I had the pleasure to be around both player developer Coach Moris Hadzija as well as their Sports Director and good friend Thorsten Leibenath (former German BBL, coach of the year), while at the NBBL / JBBL Final Four in Frankfurt Germany (back in 21-22 season).

I appreciated how they had built up the Orange Academy of Ulm and were busy developing talent without losing momentum.

As soon as the movement of this Spanish talent happened and I grasped how this move was going to in effect lead to a new way of looking at players I wanted to dig into this player’s insight on and off the court.

Coming from the Spanish school of playing Juan Nunez embodies a lot of what his predecessors (Ricky Rubio, Juan Carlos Navarro, and Sergio Rodriguez) bring onto the court in terms of court vision. What he has an additional feel to on the court is his keen sense of seeing the movement of plays being rolled out before they take place. To a point, this reminds me a lot of how players like Chauncey Billups used to play while with the Pistons and even at certain points how John Stockton would dish out assists to Karl Malone.

In terms of producing points himself, Juan Nunez has the ability to create both off the dribble as well as in catch-and-shoot positions. In terms of shooting range, he is much more comfortable as a mid-range shooter but he also can knock down the 3-pointer too. He does need to be much more consistent at knocking down contested shots and play

In terms of his three-point shooting, he commonly shoots much better when planting his left foot down first versus shooting off the dribble when his right foot is in front.

His shooting range from behind the arch also differs based on static versus dynamic shooting drastically however he has no fear if he is contested or not. It also is easier for Juan Nunez as he is a left-handed shooter to get his shot off as most defenders struggle to contest his shooting.

His best offensive trait though is the fact that he can execute well in clutch situations. With the amount of drive and kick actions, pick and rolls and being able to create separation.

For a player that has been averaging about 20 minutes a game and close to about 6-7 points a game across the current 22-23 season in the German BBL and EuroCup games combined across 15 games, its not hard to see that he is adjusting and raising his level of play offensively speaking. While I have not specifically gone into his free throw shooting his shooting form and mechanics are well established and with constant repetition and work are stable.

Juan Nunez, in my perspective given his age actually puts much more effort on defense than a lot of other prospective players.

While watching him in the ANGT games in Istanbul back in 2021 I got a close look at some of the training he went over and he had placed extra effort and focus on footwork as well as communication with his teammates.

This has been developing very obviously as the following Defensive Rebounding, Defending the driving player he picks up.

Also in terms of contesting shots he utilizes being a lefty well as its in my opinion that left-handed players find it easier to contest shots at all angles of the court.

As a high-usage guard and floor general mixture of a player Juan Nunez I think has a very special skill set defensively that will translate well. Much better than Ricky Rubio brought over after having played Euroleague-level basketball. In all the above cuts of videos where the amount of grit and intensity are visible. He also is smart enough to at points pull back physically and especially this season (22-23) has been showing this much more.

As a young player, one thing that Juan Nunez needs to improve on is reading the passing lanes AT THE RIGHT TIME. He does struggle at times in this aspect. at the U20 European Championship with the Spanish National Men’s team Juan Nunez did show his high-level skill set but at times also pointed out that his footwork while developing needs to be at a better level if he is to make it at NBA-level.

Off the court, especially during the ANGT, I thought he was an introverted character however to Juan Nunez being around those that he knows puts him in a comfort zone. Having seen him more recently again at Ulm both working out as well as during games. Very much family-orientated, the goal for him is to gain experience at a high level first. He does have thoughts on making it to the NBA. Currently, at Ulm his focus is on ironing out the wrinkles in his game.

*All videos and images are respectively owned by copyright holders. The only purpose of the videos is to point to performance and carry no commercial value at all.