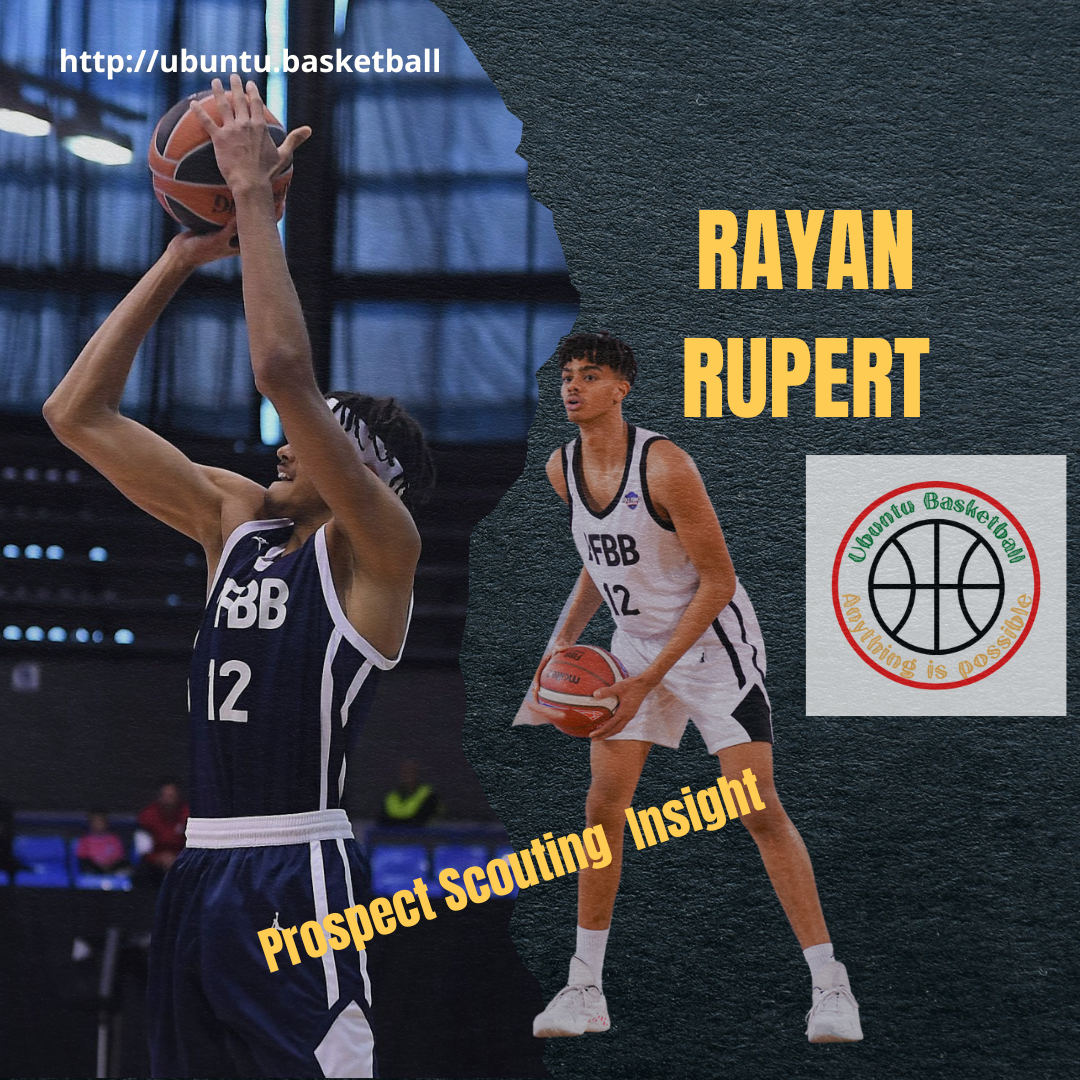 18 year old and out of France this young man has had a terrific summer with the U18 France National Team and has had a great showing even last season competing in 39 games (21-22),  he averaged just above 27 minutes a game and had about 13 ppg to complement that. He had about 2 – 3 steals a game and his all lead to him being picked by France to take place in the U18 A division championship that was held in Izmir, Turkey.

A very intriguing prospect to say the least since Frank Ntilikina, Rupert looks like he will excel much better than the comparison.

Son of former French Basketball star Thierry Rupert (who passed away at an early age due to a heart attack).

Check out this interview he recently did: